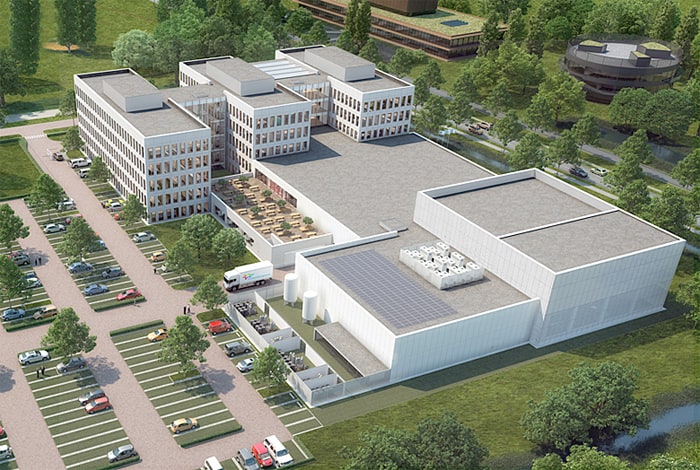 Commissioned by Imtech Building Services BV and in close cooperation with FrieslandCampina itself, Demaco Holland BV worked on the construction of the new FrieslandCampina Innovation Centre in Wageningen in the Netherlands. FrieslandCampina decided to merge its various R&D departments together, which before were spread throughout the country. They decided to build the facility and this new centre on the campus of Wageningen University.

Early in 2013 Demaco was commissioned to design, build and install the entire vacuum insulated pipeline suitable for liquefied nitrogen. FrieslandCampina needs liquefied nitrogen for various tests and product developments. Demaco successfully completed this project by the end of 2013.

FrieslandCampina Innovation Centre now includes among others laboratories, rooms for testing the tastes, a pilot plant, innovation kitchen and a pilot bakery. Both visitors and employees of FrieslandCampina are here in position to taste , smell and feel the products surrounded by an inspiring environment.

The importance of the Innovation Centre, not only for FrieslandCampina itself, but also for the Dutch economy and society, was again underlined by the official opening by Queen Máxima.

The end-users are very satisfied with the delivered quality and the solution Demaco offered. The satisfaction of FrieslandCampina about Demaco is also confirmed by the fact that Demaco is also involved in 2014 with expanding and optimizing their innovation processes whereby liquid nitrogen plays an important role.