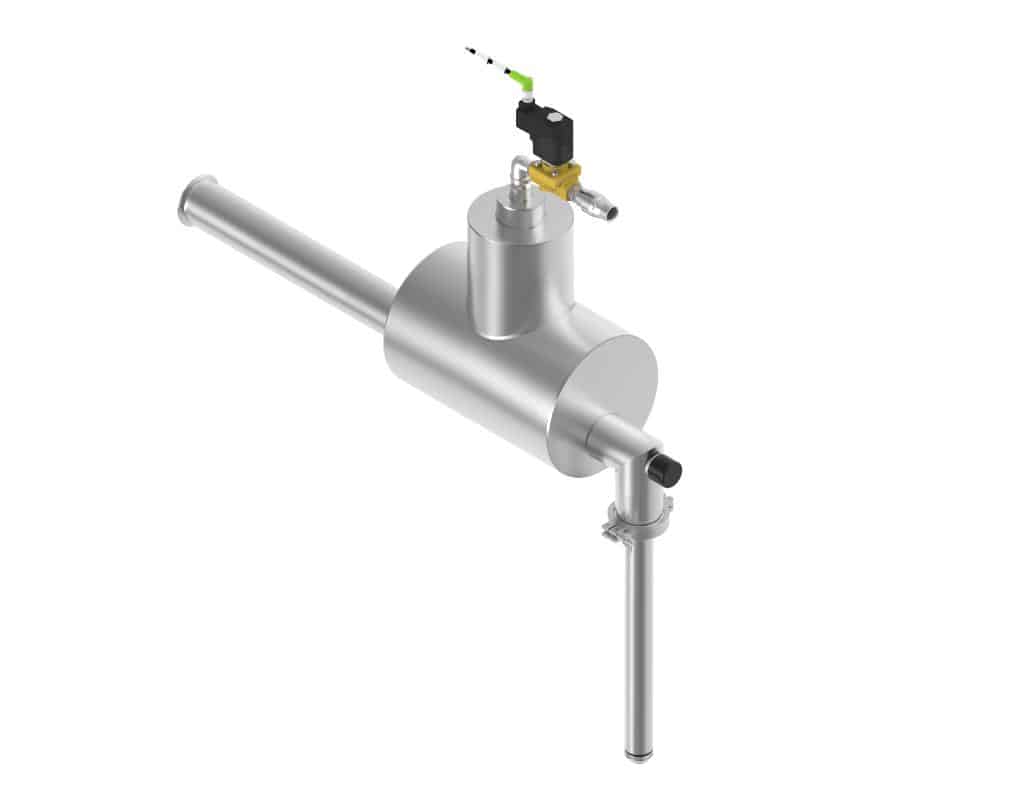 In most cryogenic applications, some gas formation occurs both at a standstill and during operation. This natural process is caused by heat inleak and pressure loss; unfortunately, this cannot be prevented. In some applications, too-high a proportion of gas content is undesirable and can even cause problems while operating the application.

To avoid these problems, a degasser can be used. By placing this quality-enhancing product in a cryogenic infrastructure, the gas formed within the system is in large part discharged. In this way, the quality of the liquid gas is preserved during the use of the application.

An additional advantage is that during downtime, the system remains filled with liquid gas, enabling the liquid gas to be readily available at the outlet points at all times.

The Demaco degasser works as follows:
Using a small buffer dewar, the flow velocity of the liquid slows down, allowing any gas bubbles in the buffer dewar to float to the surface. This gas is then removed via a so-called float while the liquid gas at the bottom of the buffer dewar continues to flow towards the application.

Our degasser is available in various configurations and is vacuum insulated; the functioning is entirely mechanical, and electricity is only required for the optional electric valve and timer.

Application of the degasser

Degassers are mainly used in industries where direct access to pure liquid gas is vital, without waiting time after any downtime. This could, for example, be the filling stations in hospitals or laboratories or refrigeration equipment in the food industry or automotive industry.

Our gas vent products are widely used to improve reaction times at offtake points or the quality enhancement of liquid nitrogen, though handling other cryogenic gases is also possible.

The Demaco degasser is part of our extensive toolbox of modules of cryogenic elements. We supply degassers that perfectly match the customer’s specific requirements for cryogenic systems. For example, degassers are built into vacuum insulated transfer pipes, complete with vacuum insulated valves, solenoid valves, and Johnston or welded couplings and gas vent heaters.