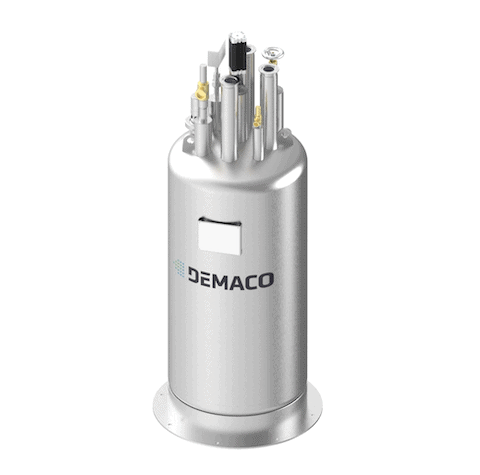 In most cryogenic infrastructures, some evaporation of liquid gas occurs. This results in a mixture of gas and liquid, which is not favorable for the infrastructure’s functionality, capacity, and operation.

Quality improvement products like a phase separator, degasser, automatic gas vent, and subcooler are widely used in cryogenic engineering for the discharge or re-condensation of evaporated gases.

The Demaco subcooler is used to cool liquefied gas in such a way that no gas bubbles are formed in the pipes during operation. This is achieved by cooling the inflow of the subcooler through a heat exchanger until the outgoing liquid has a lower temperature than the natural boiling point at the working pressure. In doing so, we make clever use of the natural temperature difference between liquid gases at different pressures.

In the subcooler, the pressurized liquid gas is passed through a heat exchanger into an atmospheric bath of liquid gas. Through this advanced heat exchange process, any evaporated gas bubbles in the liquid gas are re-liquefied, resulting in pure, high-quality liquid gas.

A subcooler is constructed from modular building elements and assembled into a single vacuum insulated unit. If desired, the unit can be enhanced with a temperature sensor for distant monitoring.

The functioning of the subcooler explained:

The Demaco subcooler is made of stainless steel and comes in three standard models with a mass flow of 0-500, 0-1500 and 0-3500 kg/h. If required, we can also produce subcoolers with larger mass flows.

Our basic subcoolers are all equipped with control valves regulating the cooling performance. This enables stable out-flow management.

Check out our Subcooler product sheet for more information and specifications.

Subcoolers are mainly used in systems where a stable temperature is necessary for process control and where a liquid is used as a refrigerant. In addition, a subcooler prevents processing problems during regular refilling of the buffer and storage tanks. Subcoolers are widely used in the food industry, pharmaceutical industry, aluminum profile extrusion industry, electronics industry, and the space industry. 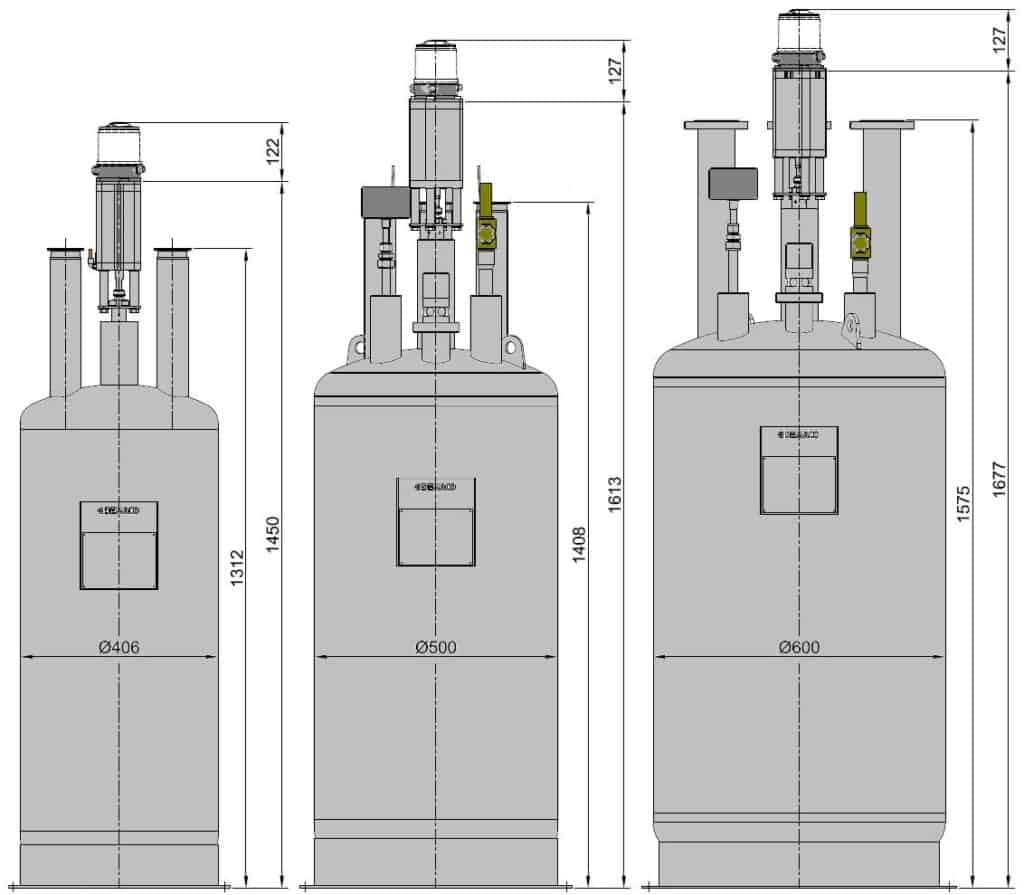 For correct operation, the subcooler should be combined with a level sensor and level controller. Optionally, a PT100 temperature sensor can be integrated into the subcooler.

The subcooler is always part of a complete vacuum insulated cryogenic pipe system. We supply both rigid and flexible transfer lines for proper integration, always using the highest quality couplings.