A cryogenic distribution system for SLAC 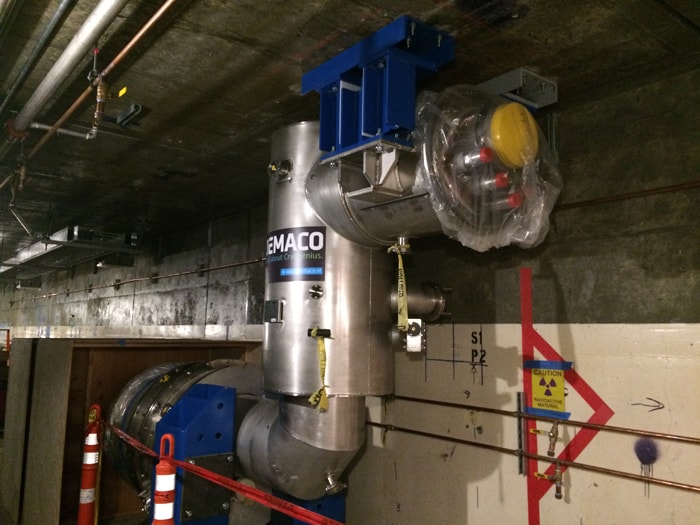 A cryogenic distribution system for SLAC

Fermi National Accelerator Laboratory (FERMILAB) developed a cryogenic distribution system for the Linac Coherent Light Source II (LCLS-II) located at SLAC National Accelerator Laboratory in Menlo Park, California. LCLS-II is a project from the U.S. Department of Energy (DOE). The target of this project is to design and build a world-class x-ray free-electron laser facility for scientific research. The cryogenic distribution system (CDS) acts as the interface between the cryogenic plant and the cryomodules. The main components of the CDS are distribution boxes, cryogenic tunnel transfer lines, cryogenic surface transfer lines, feed caps, and end caps.

Demaco was awarded with the contracts for the design, manufacturing, testing and delivery of six (6) Feed Caps (FC), Tunnel Transfer Lines and Surface Transfer Lines (STL).